I recently mentioned that Mark Cordone was intending to use a tweaked version of the PORTABLE NAPOLEONIC WARGAME to refight the Battle of Leipzig, and over the last week he has done just that ... and shown that although the rules were originally designed for an 8 x 8 or an 8 x 9 grid, they can be used on a much larger playing surface.

I would love to be able to reproduce Mark's entire battle report, but it is so long and detailed (and very well illustrated with lots of photographs) that it is best read either on the PORTABLE WARGAME Facebook page or on Mark's own Facebook page.

Here are some examples of the photographs of his battle: 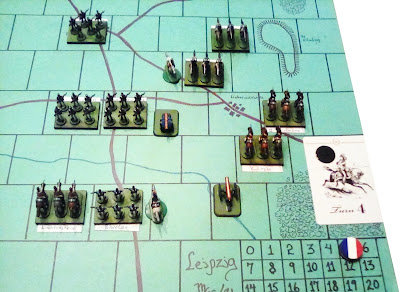 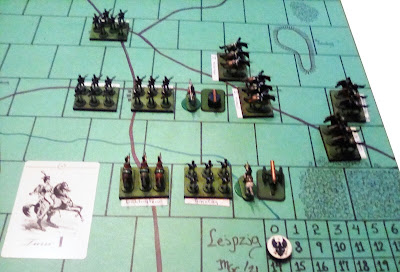 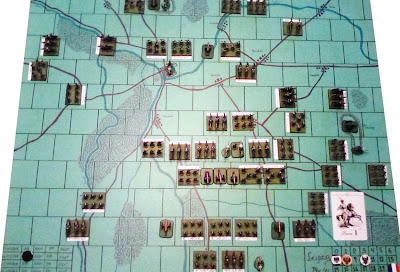 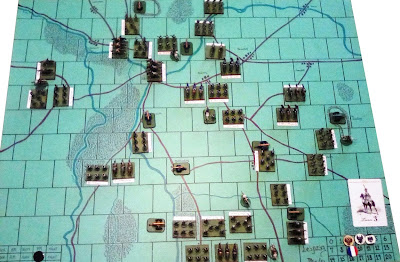 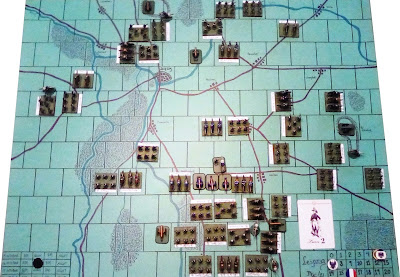 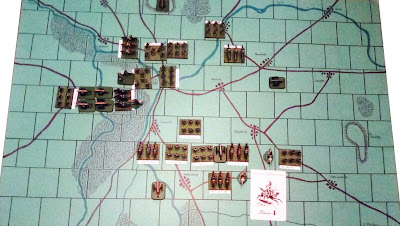 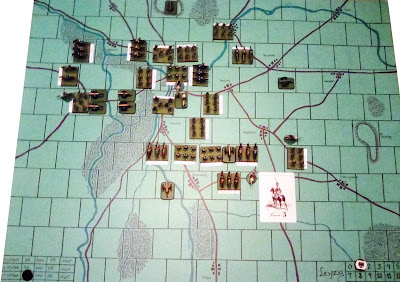 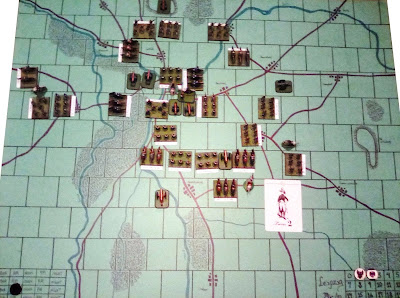 Please note that the photographs featured above are © Mark Cordone.