The Battle of the Tchernaya River re-fought ... using my Portable Wargame rules!

Having recently pondered on the possibility of re-fighting Valentine Baker's heroic rearguard action at Tashkessen, you can imaging my surprise when Bob Kett contacted me with a link to his blog 20MM CRIMEAN WAR WARGAMING & OTHER STUFF and specifically to a battle report about his re-fight of the Battle of the Tchernaya River!

The battle report is covered in two parts, PART 1 and PART 2, and they make for a very interesting and enjoyable read.

The following photographs are taken from the battle reports on Bob's blog, and show his wonderful collection of Crimean War figures in action. 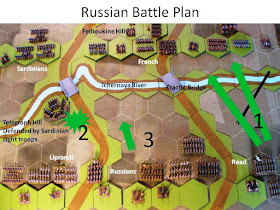 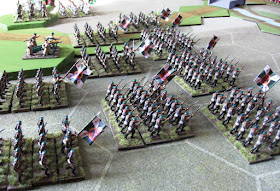 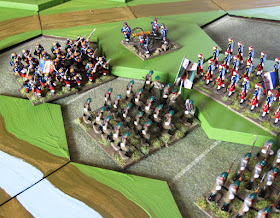 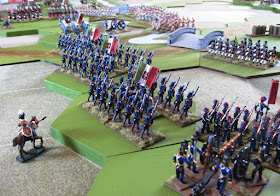 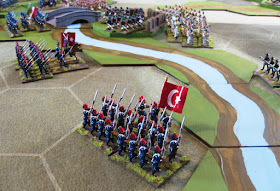 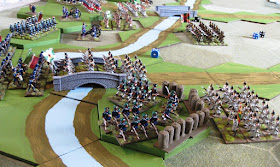 I wish that I had such a large collection of figures and could use them in the way that Bob Kett has done.
Please note that all the photographs featured above are © Bob Kett.
Robert (Bob) Cordery at 9/15/2017 03:28:00 pm