I have been to ... Shrewsbury House, Shooters Hill, London

On Monday morning, Sue and I went to our local community centre, which is housed in Shrewsbury House, to listen to a talk about the history of the house.

The original Shrewsbury House was built in 1789 by Charles Talbot, 15th Earl of Shrewsbury and 15th Earl of Waterford (1753 to 1827). From 1812 onwards, he created the gardens at the recently renamed and remodelled Alton Towers, Staffordshire (it had previously called Alveton Lodge, a hunting lodge that had formed part of the recently demolished Alton Castle), which had been held by the family since the 15th century. Alton Towers was sold in 1924 to a group of local businessmen, who formed Alton Towers Limited, and who opened the house and grounds to the public. 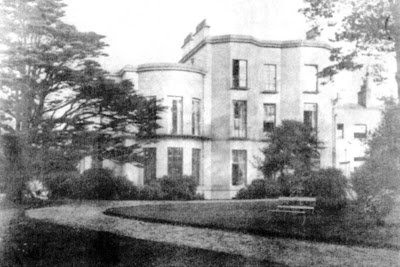 Ten years after it was built, Shrewsbury House was leased by the Prince Regent (later George IV), for his daughter, Princess Charlotte. She often lived there during the summer months so that she could visit her mother – Queen Caroline – who lived in Blackheath. Princess Charlotte married Prince Leopold of Saxe-Coburg-Saalfeld, who later became King Leopold I, King of the Belgians, in 1816, and had she lived, she would have become Queen of England on the death of her father in 1830. Unfortunately, she died in 1817 as a result of complications after a stillbirth.

The house was later sold to a private owner, and over the years it was sold and resold several times. By 1896 the building was being used as a convalescent home for children, and in 1908 the London County Council bought nine acres of the house's grounds to be used as a park (Shrewsbury Park).

In 1916 the house and its remaining grounds were bought by Fred Halse, a Borough Councillor, Alderman, and later Mayor of Woolwich (1931 to 1932), a London County Councillor 1925 to 1934), and Deputy Lieutenant of Kent (1926 to 1934). Fred Halse was a builder, property developer, motor engine dealer, billiard hall owner, and racehorse owner, and owned the building company Halse and Sons Limited. Halse was also the honorary colonel of 20th (County of London) Battalion, The London Regiment (Blackheath and Woolwich) in the period up to, during, and immediately after the Second World War. He demolished the original building in 1923 and built the existing one in its place, and it became his home. 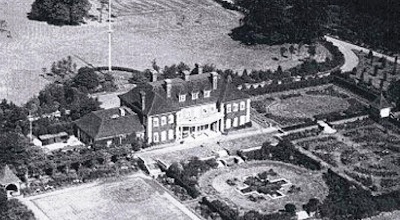 However, in April 1930 his business was declared bankrupt, and in 1933 he sold the house and an acre of its grounds for £9,000 to Woolwich Council, who intended to use it as the site for a local museum and a library. The rest of the grounds were sold to another builder - Laings - who then erected an estate of houses on the land.

The plans for a museum and library came to nothing, and the house remained empty until the international situation deteriorated, and it became a Civil Defence Control Centre. It fulfilled this role right through the Second World War and into the Cold War, and was only decommissioned as such in 1968, at which point it became a local community centre. The entrance to Shrewsbury House today.

Shrewsbury House has been listed as Grade II for the following reasons: