What if … ? Queen Charlotte and Prince Consort Leopold?

It was not until I wrote yesterday’s blog post about Shrewsbury House that I realised that had she survived, Princess Charlotte of Wales might well have succeeded her father – George IV – to the throne when he died in 1830. If she had, we might well have thought of the last two-thirds of the nineteenth century as the Chalottean era rather than the Victorian one. 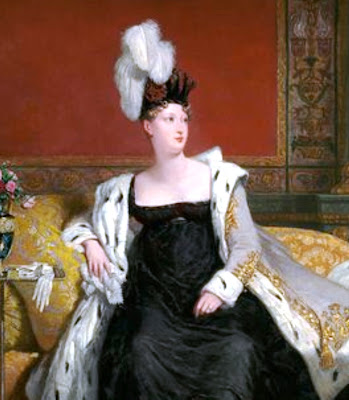 She had married Leopold of Saxe-Coburg-Saalfeld in 1816, and he would no doubt have occupied a similar situation as his nephew Albert did after his marriage to Victoria, namely being the spouse of the Queen of England but not allowed to be king. (He did become King of the Belgians in July 1831 … but that is another story.) 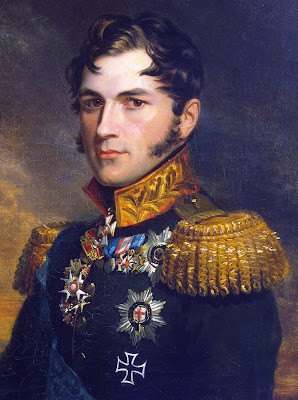 Having read about him, I somehow doubt that he would have been happy with the situation, but bearing in mind the reception Albert got, it seems unlikely that parliament would have agreed to Leopold becoming joint monarch with his wife. Probably he would have become Prince Consort, but never King Leopold.

In these circumstances, might he have accepted the throne of Belgium when it was offered to him? If so, would his son have ended up being both King of Britain and Belgium? It’s an interesting possibility that might have seriously altered the history of Europe in the latter part of the nineteenth century and early years of the twentieth.

He was certainly a believer in marrying off the members of his family to other royal families. In real life he remarried after Princess Charlotte's death (to Louise-Marie of Orléans, the daughter of Louis Philippe I of France) and his three surviving children were:

Had he had a similar number of children by 'Queen' Charlotte, there is little doubt that they would also have married into the other royal families of Europe, just as Queen Victoria's children did.